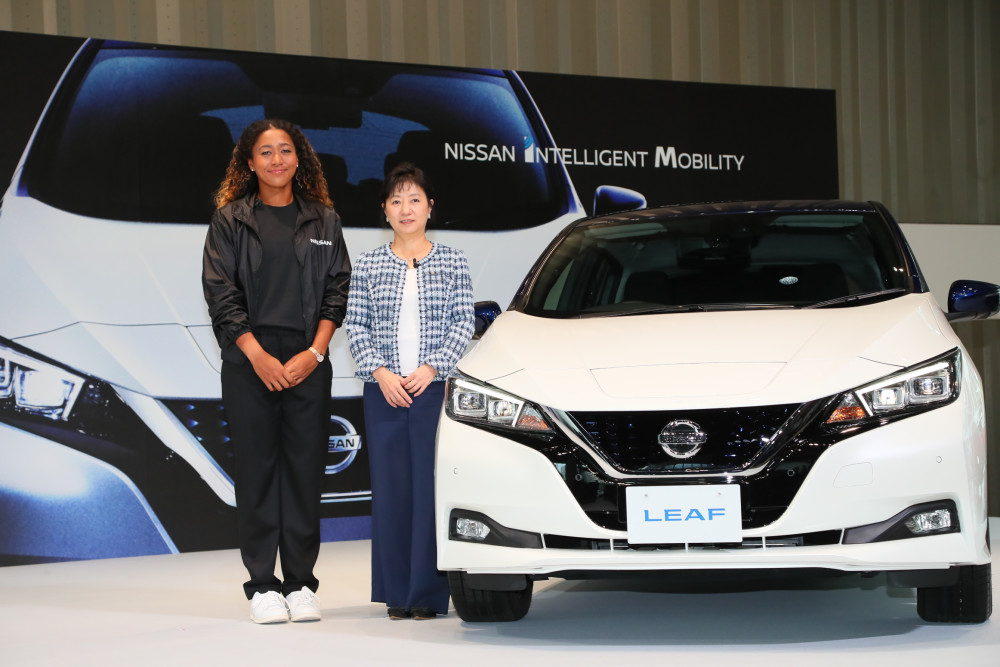 Nissan named the 20-year-old tennis star, Naomi Osaka their newest brand ambassador at Nissan’s Global Headquarters in Yokohama. This was Osaka’s first appearance in Japan since she became the Grand Slam champion.

Osaka said that: “This week has been a dream come to life, and I’m so honoured to represent Japan and Nissan on the world stage,” and that “I was drawn to partner with Nissan because of its strong Japanese DNA and global competitive spirit. The brand is always challenging expectations, and I look forward to bringing its vision for driving excitement to new audiences around the world.”

Nissan will support Osaka as a tennis player and she will appear at global promotions and in advertising campaigns. Asako Hoshino, senior vice president at Nissan CO., Ltd said that: “With a combination of grit and grace, Naomi Osaka is not afraid to take on the best tennis players of our time, and win.” “This is the same spirit of performance that Nissan has embodied throughout our history – exemplified most recently by the Nissan LEAF, which defied the odds to become the best-selling electric vehicle in the world. And just like Naomi, Nissan is just getting started.”

A bit more about Naomi Osaka who was born in Japan on the 16th of October 1997. Her family moved to America when she was only 3 years old and she now lives in Florida. In 2013, at the age of 16, Osaka qualified for the Women’s Tennis Association tour and debuting at the Bank of the West Classic in Stanford, Calif.

Osaka qualified for her first Grand Slam in 2016 as well as the Australian Open where she made it into the third round. At the French Open and the U.S. Open, both in 2016’s season. In October in she was the runner-up at the Toray Pan Pacific Open which earned her the WTA Newcomer of the Year title.